Yes, the rumors have been around for quite some time. Since 1998, to be precise. A friend of mine, Dick Scratchy, has recently quit working for the corporation ‘that want’s to dominate the world by eliminating any other operating system’, [sic].

Dick told me how, after successful interviews, he was invited to a private surgery to turn him into a ‘Microsoft Compatible Employee (TM). Little did he know, he received a full anesthetic upon arrival and what happened to his body was blanked from his memory – only traces of the terrible experience remain with him.

Apparently, Microsoft Doctor (TM) removed the sublingual gland from his mouth and replaced it with a venom gland of a king cobra (see picture). 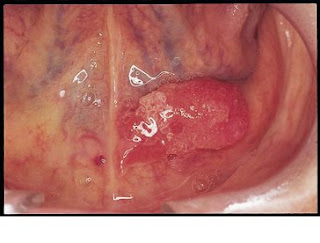 Microsoft, so he Dick tells me, altered his body and installed the poisonous gland to ‘deter enemies of the company and allow their employees to spit blinding poison in the faces of users of other operating systems or also people who are generally unhappy with Microsoft or any of it’s products.’

Poor Dick had a lot of problems with his girlfriend because of the new gland, the two eventually split up.

This clearly illustrates what we all suspected: Microsoft wants to dominate the world. They don’t care about you – the user. User friendliness is an illusion that only used to capture audiences initially. Now, as other operating systems clearly bring better value to the user, they use anything in their power – that includes their vast arsenal of employee resources around the world – to fight their competitors.

Be careful, never trust Microsoft and if anyone near you identifies themselves as an employee of said company – destroy their jaw! It’s where the poisonous gland sits!

Some god be with us!